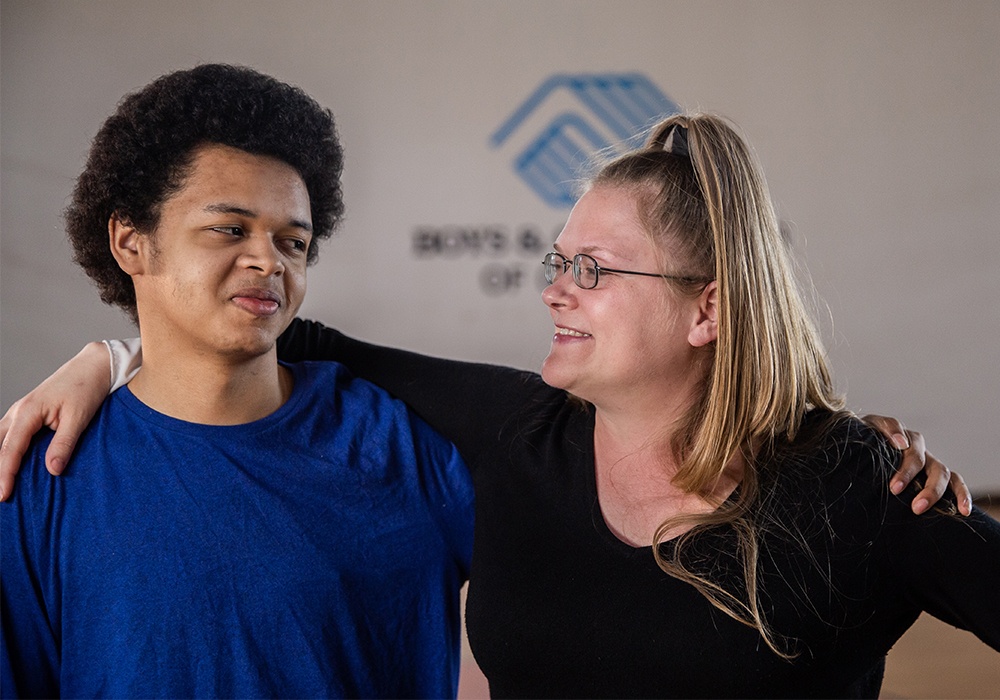 Alphonso couldn’t imagine a future beyond the drugs and violence he saw in his neighborhood. He was angry with everyone and everything, and was regularly suspended from school. At one point, Penny, Alphonso’s mom, almost gave up on him.

Then Penny discovered the Boys & Girls Clubs of Columbus and thought it would be a good place for Alphonso and his sister to hang out and get help with homework. Before long, the Club’s staff and the other Club members became Alphonso’s world and like a second family. His mom describes staff members Mr. Garry and Ms. Rochelle as a support system for her son that was always there — when he needed them and even when he didn’t need them.

The change wasn’t overnight, Alphonso admits, but the support and respect he got through the Club slowly began changing his attitude and his behavior. “It’s like little pieces of the anger went away. Like, it was gone,” he said.

According to Penny, hanging out with the other kids was a big part of the appeal for Alphonso. But the relationships he built with Mr. Garry and Ms. Rochelle made all the difference in the world.  They held him accountable and helped him feel like he was a young adult. They got him into the work program in the summer and put him in charge of things. Those are the real things that kept him coming back, shared Penny.

The Club also helped Alphonso change his attitude about school,  and today he earns As and Bs, and he also helps out at the Club.

“The Boys & Girls Club and United Way helped me become a better person,” said Alphonso. “I feel like I want to be somebody. I feel like I’m going to be able to give back to the community.”