James: Finding a Pathway to Work 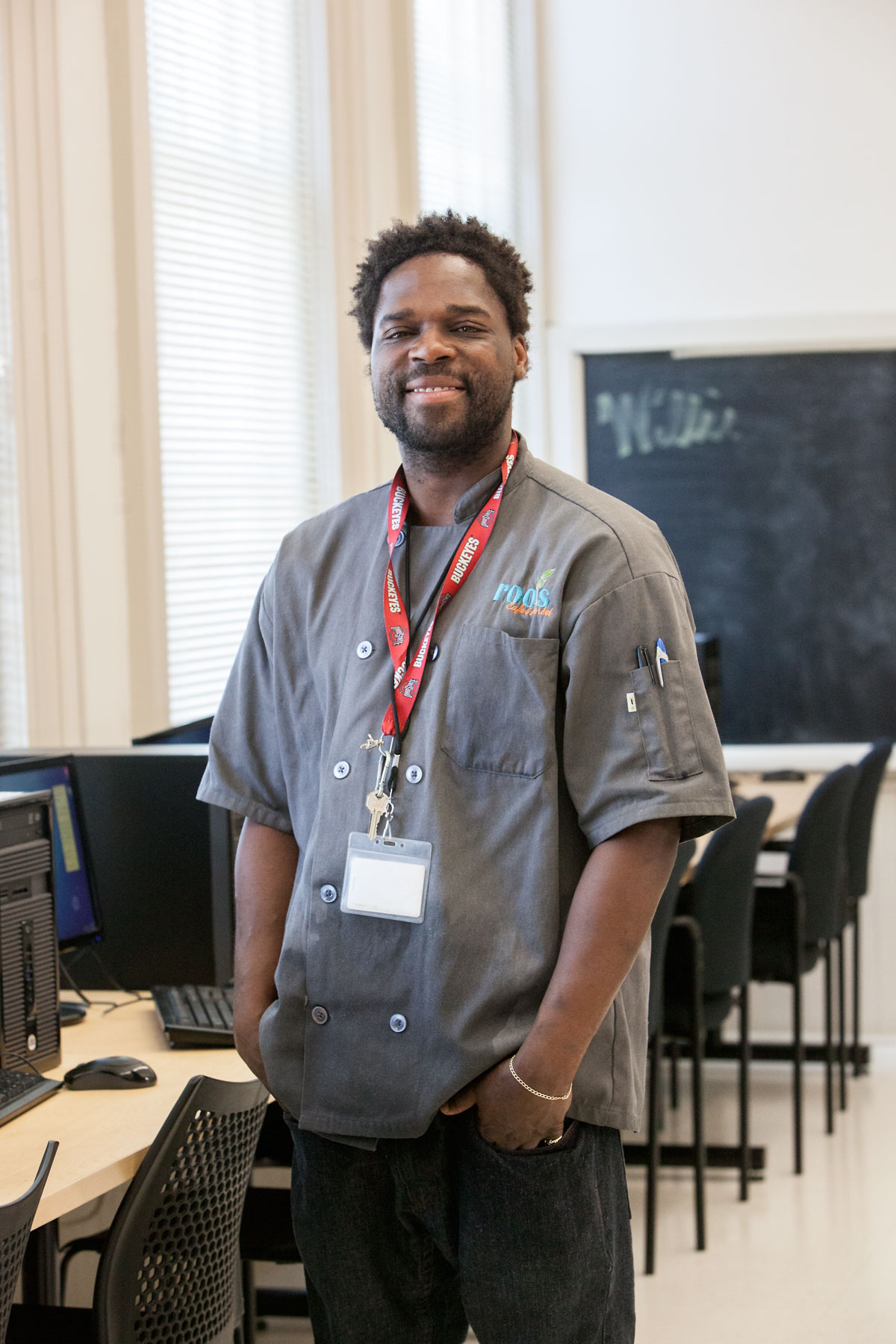 James has spent a good deal of his life watching loved ones and people around him battle drug addiction. As a boy growing up on the east side, life was “crazy” and difficult, he admits. He has lived and slept on the streets more than he cares to remember. After his mother went to jail, an aunt took him and his younger brother in, and life got better for a while.

Every day James showed up at the Reeb Center on the South Side to volunteer. He relied on free meals at churches, and alternated between staying with his sister and sleeping in nearby vans. His patience and determination paid off. He was accepted into the program, and was hired to be the new dishwasher at the South Side Roots Café in Reeb. The Pathways to Work program provided a support system he had never had before and surrounded him with positive, inspirational people.

“When you first start, you really don’t feel like you can do it,” admits James. “But it’s always positive motivation, especially when you think you can’t do it. They believe in you that much, to where you can walk on your own two feet and not just survive on the streets.”

According to Treesje Mock, Employment Program Director at Godman Guild, James had a multitude of barriers that could have kept him from getting a job or derailed him throughout the program. But his own determination and motivation, along with the guidance and support he received, helped him stick with the two-month program until graduation.

Today, James has two jobs and takes great pride in his accomplishments. He has a bank account, stable housing and a great deal of hope about his future. According to Treesje, the staff at Godman Guild saw qualities in James that he probably didn’t see in himself. He did everything they asked him to do, everything they suggested and more to get to where he is today.

“There’s still some barriers, but it isn’t as hard as it used to be without a job,” James says nodding his head and smiling. “I’m looking forward to taking care of myself. I just want to be happy.”