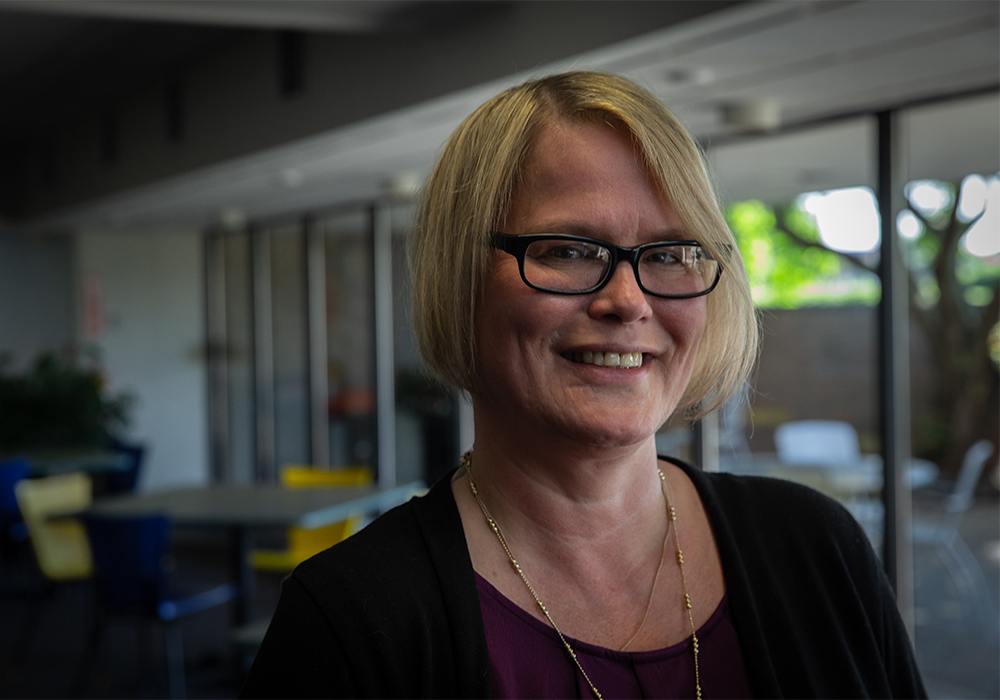 April is a survivor who has battled and overcome poverty, addiction and human trafficking.

“I was trafficked on the west side of Columbus for many years.” April said. “I was in and out of jail. I came from poverty. I just had this poverty mindset that kept me stuck. I didn’t strive for more.”

The years of drugs, trauma and life on the streets took their toll, and April describes herself as a “walking zombie” who felt helpless and hopeless. Finally, after finding herself in front of a judge once again, she begged him to find a program that could help her. That moment put her on a long path to recovery that eventually led to Freedom a la Cart, a United Way nonprofit partner that provides survivors of human trafficking with practical job skills to create a pathway to freedom.

Freedom was the first potential employer that was willing to look beyond April’s criminal record and her difficult past, and see her potential. The organization gave her the opportunity she needed, and deserved, to prove that she could be “a member of society, not a menace to society.” At the same time that she began working at Freedom, she enrolled in college to become a social worker.

And then one day she overheard Freedom’s director say they needed to hire a case manager. April got goosebumps and stepped up, saying “You know what? I can be a case manager. I have my licensure to do that.”

As Freedom’s first case manager, April supports survivors like herself, offering them opportunities and hope as they rebuild their lives. She admits that it’s not always easy to reach some of the women, but she has real world knowledge of what they’re going through and how they feel. Like her, they have trouble trusting people and they have a hard time believing that someone would just show them love because they care.

“It’s rewarding, and it gives my life purpose,” said April. “Freedom gave me an opportunity, and my life has been forever changed since then.”