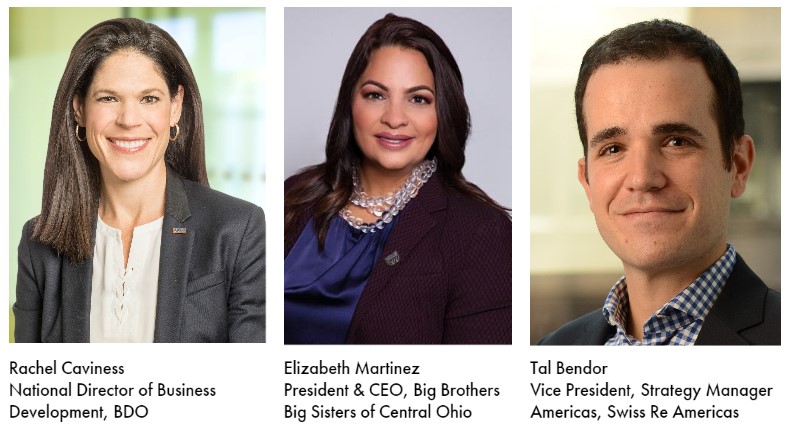 United Way of Central Ohio welcomes two new board members and a new board fellow to its board of trustees roster in 2022.

Rachel has over 20 years of professional services industry experience in a wide variety of fields, including public accounting, finance and accounting executive recruitment, ERP systems implementation and project management.

She started her career with PWC in litigation support and corporate value consulting services and then worked in industry as a financial business analyst. After years of success as an executive finance recruiter, she co-launched a similar consulting firm which was later sold. Prior to joining BDO, she served as a Vice President for a national technology consulting services firm.

Rachel also serves as a Finance And Audit Committee member for United Way.

From 2003-2015, Elizabeth served in several roles at Big Brothers Big Sisters of Central Ohio including Chief Operating Officer, Vice President of Programs, and Vice President of School-based and Hispanic Mentoring, becoming President and CEO in 2016.

Tal has over ten years of experience in insurance and financial services. In his current role he oversees P&C Re strategy for the United States and focuses on strategy development and growth execution. Prior to that, he held positions with Liberty Mutual Insurance Group and Nationwide Insurance. He is a 2021 graduate of United Way’s Project Diversity Pride Leadership program.