Heath: Grateful for a Life Support 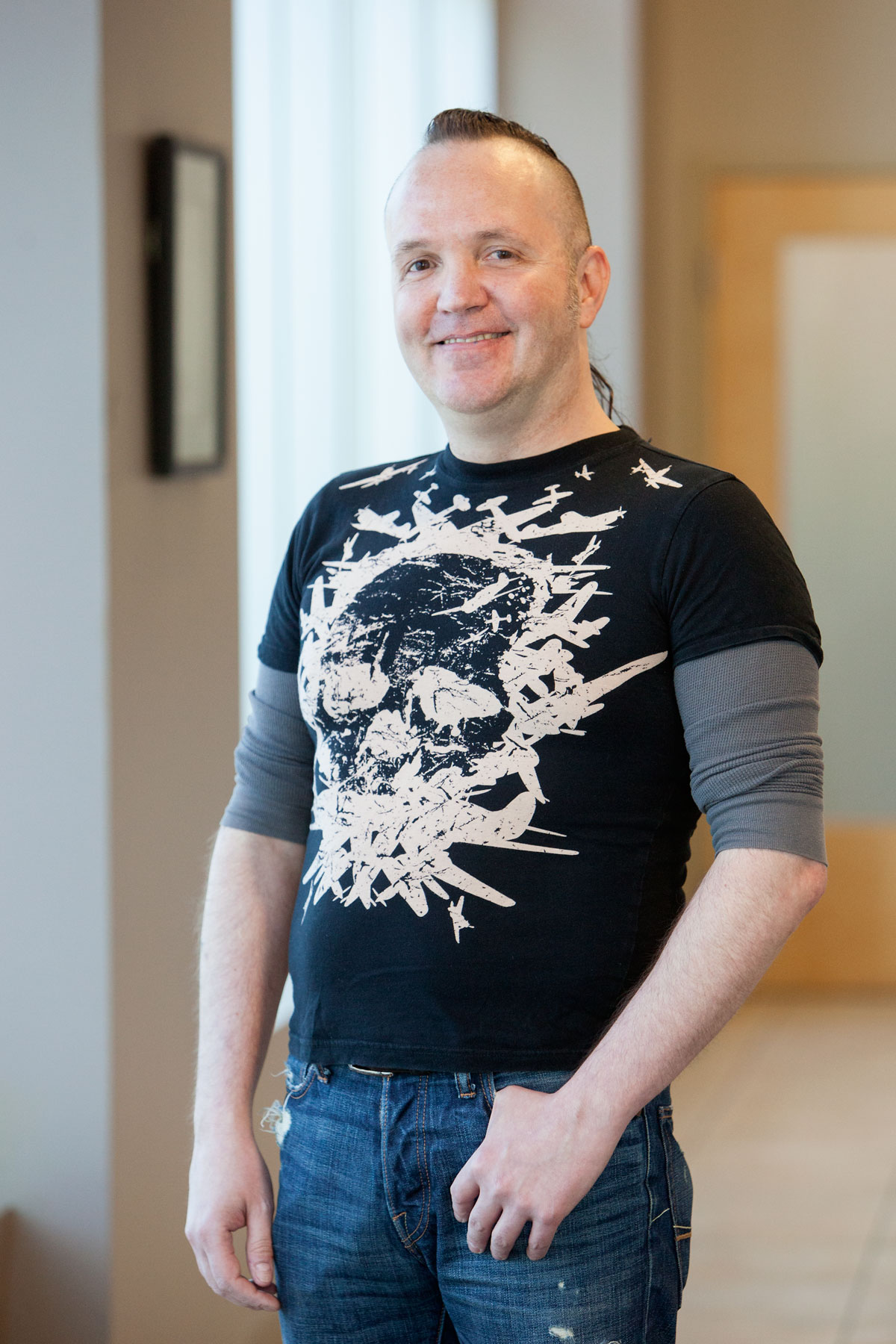 Heath had a great paying job he loved and took pride in, providing closed captioning for hearing impaired students at a local university. When the recession hit, though, he lost his job and spiraled into a depression. He had little choice but to take several low-wage jobs that eventually crippled his self-esteem even further.

“All the jobs I seemed to find were warehouse jobs that didn’t pay very well or jobs that wanted someone with a four-year degree, which I didn’t have,” says Heath. “I felt like my qualifications were somewhere in the middle, where there was nothing available.”

A friend mentioned a workforce development program at Jewish Family Services (JFS), and Heath decided it was worth a shot. It didn’t happen overnight, but he hung in there. His career consultant at JFS, Tim, hung in there with him, helping him focus and polish his resume, improve his interview skills and apply to jobs. Heath’s lack of confidence and his depression made everything more difficult, he admits, and there were many times he wanted to give up.

“Just thinking about the competitiveness and what I thought I had to do to be employable was so daunting and just too much at times,” Heath says. “But Tim was so very patient. I was at a place where I needed someone to walk me through everything, step by step, and Tim did that.”

With repeated urging and encouragement from Tim, Heath applied for another closed captioning job that turned out to be perfect for him. Today, he’s regained his confidence and is financially stable.

“It’s been a long time since I’ve been proud of myself, and JFS did that for me,” says Heath holding his head high and smiling. “This program helped me tremendously. It might have saved me.”