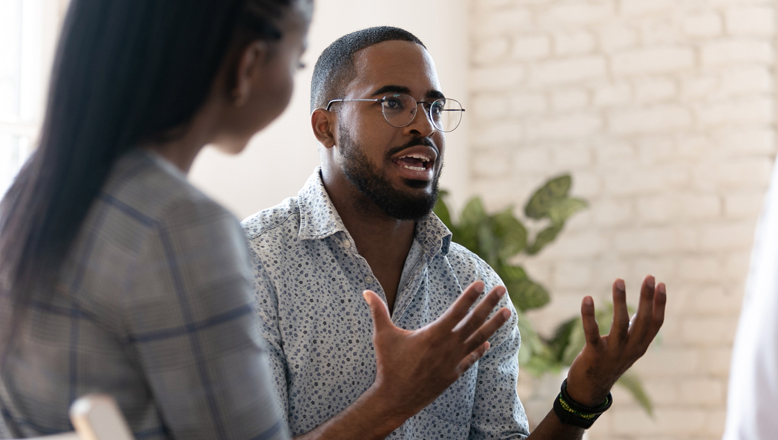 While celebrating Black history, we also work to create a more equitable future.

Black History Month is a time to celebrate influential leaders and impactful moments of the past. In central Ohio, the achievements and contributions of Black Americans are significant. But celebrating Black history is not enough.

United Way of Central Ohio continues to work toward a future where Black residents have the same access to employment, education, health care and housing as their white neighbors. In fact, Key Club donors have contributed more than $20 million locally to support this work. Key Club was established in 1997 to engage and empower central Ohio Black leaders.

As part of that work, below we highlight an important moment in local Black history that aligns with our focus areas of basic needs and education, outline a few current challenges faced by our Black community, and explain what United Way is doing to help solve these problems.

Basic Needs
Moment in History – 1881: John T. Ward and his son William founded Ward Transfer Lines in Columbus 140 years ago. The company, later renamed E.E. Ward Moving & Storage, has the distinction of being the oldest continuously operating black-owned business in the United States.

Current Challenges
In those 140 years since E.E. Ward was founded, too many Black families have faced segregation, discrimination and low wages, which have significantly impacted their financial stability. The racial wealth gap is higher today than it was at the start of the century.

United Way’s Work
United Way believes that an individual’s race, ZIP code or income should never be a barrier. We work to address health and income inequity by:

Current Challenges
In 1979, the Columbus Public Schools were desegregated by court order. But segregation in public schools has only risen since 1996. This kind of structural racism along with institutional racism has hurt the educational outcomes of Blacks students.

United Way’s Work
United Way fights to shift the odds for students of color and those in low-income areas. Our work includes:

You can be a part of this important work in central Ohio. Join us to help ensure that every single person, no matter their race, can thrive in our community: